The highest active volcano in the world (5897 mt)


Climb Cotopaxi – The highest active volcano in the world (5897 mt)

In Summer 2015, Cotopaxi volcano started to erupt and expelled out big amounts of ashes, steam and some fireworks. The National Park was closed and climbing to the summit was absolutely forbidden. In October 2017 after a series of research and analysis of the National  Institute of Geophysical in concordance with local authorities and Mountain Guides who scouted the route, the access to the summit was finally allowed. This is in fact good news for the National and International climbing communities, who are willing to climb Cotopaxi, which still conserve its reputation of being The Highest Active Volcano in the World.

The best months to hike and climb in Ecuador such as Cotopaxi, Cayambe, Chimborazo, Antizana etc. are from November through February,  the rainy season with calm winds. From May through October is the dry season; the winds are stronger particularly in July and August. Nevertheless we can say that climbing in Ecuador is an possible all year round.

Due to its natural beauty and relatively easy access Cotopaxi Climb became a South American classic. Cotopaxi is the most popular  mountain in Ecuador and in the Andes and justifiably so, It  is without doubt one of the most beautiful mountains in the world. An added distinction is that statistically Cotopaxi has more clear days than any other volcanoes and mountains in Ecuador.

Departing from Quito towards towards Machachi and Cotopaxi National Park. Possibility to see an Indian Market on our way. We will  drive up to the parking lot at 4600mt and hike to the hut at 4800mt. Accommodation at José Rivas refuge at 4800 mt. Short glacier and snow  techniques review. Early dinner and rest.

Day 2 – Cotopaxi Summit back to Quito

Midnight departure from the hut, we will take the normal route towards to the glacier edge, access to the glacier edge change form season to season, sometimes are straight up, sometimes is to the right,  after 5 hours of climb and  fording some crevases we will  reach Yanasacha wall, and in about 1 more hours we will reach Cotopaxi summit. Descent to the hut will take us about 3 hours , after breakfast , resting and packing, we drive back to Quito 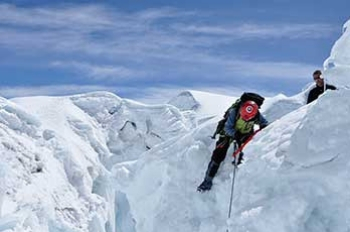 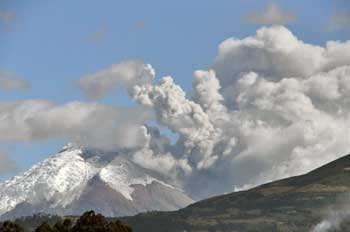 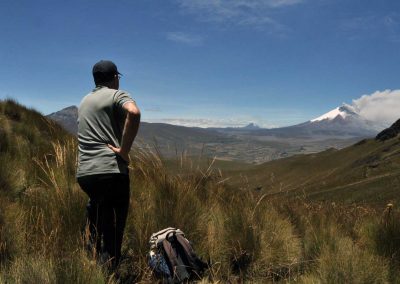 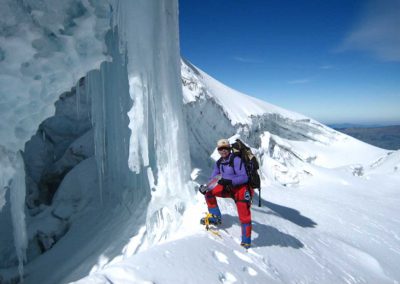 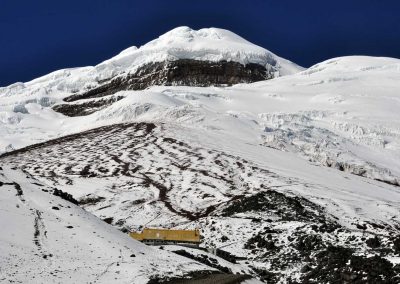 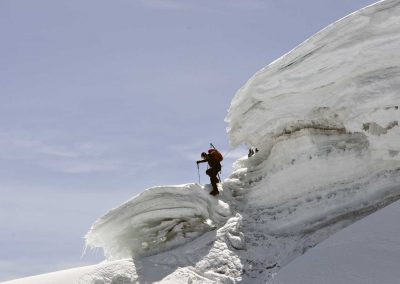 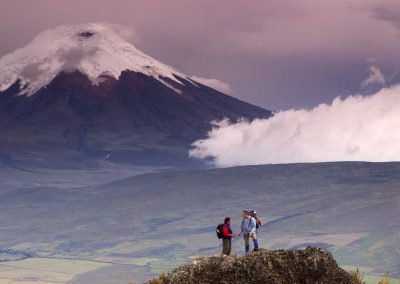 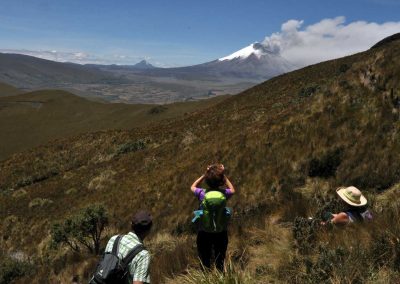 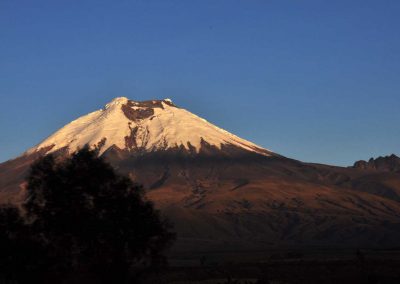 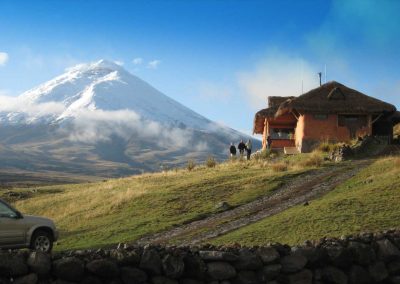